Future decadal projections point to the East Mediterranean Basin as a possible hot spot of poor air quality and predict a continual and gradual warming in the region, much stronger than other regions worldwide. Anthropogenic emissions of particulates and gaseous pollutants in the urban environment are suspected as one of the key compounding factors of those environmental impacts. Emissions not only impacts air quality but also the health of local population.

In such context, the POLCAIR project aims at assessing the sources of atmospheric anthropogenic pollution and the impact of air pollution on health with Greater Cairo as the target megacity.

As a part of an international team (Cyprus, France, Egypt & Lebanon) the Cyprus Atmospheric Observatory took part in an an intensive filed campaign. For the first time, a large number of gaseous and particulate pollutants were measured in the Greater Cairo. The field campaign was conducted on the rooftop of the Physics Department of the National Research Center (NRC) on an urban site located in the heart of Cairo, between Novermber 2019 and January 2020. It consists of continuously monitoring the detailed physico-chemical composition of fine particles and gaseous compounds in the atmosphere and quantifying in real time different tracers of the origin of this pollution. Online state of the art instrumetns were used (Q-ACSM, SMPS, Aethalometer, OPC, HTDMA, PTRMS, GC-FID) as well as offline measurements of particulate and gaseous compounds (PM1, PM10 filter sampling, VOC sampling).

This project is financed for the Cypriot part by the European project H2020 EMME-CARE (Eastern Mediterranean and middle east climate and atmosphere research center).

The data collected will allow a better characterization of the sources of pollution and their health impact, and to better asses emissions in this climate-sensitive region of the globe.

Egypt was one of the top 15 ranked countries of premature mortality linked to outdoor air pollution in 2010. Greater Cairo, a megalopolis of more than 20 million inhabitants, has the worst air pollution in Egypt, with levels of air pollution ranging from 10 to 100 times higher than the standards set by the WHO. In this context, there is an urgent need to better identify the pollutants and understand the link between the sources of pollution and the state of health in this sensitive region, subject to unprecedented climate change. 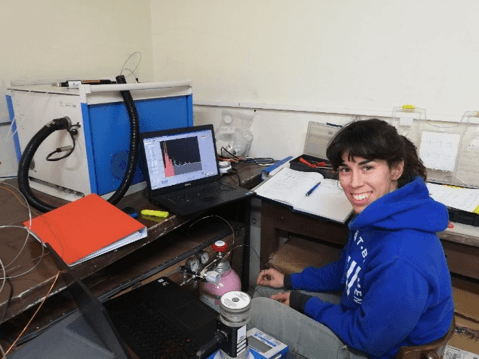 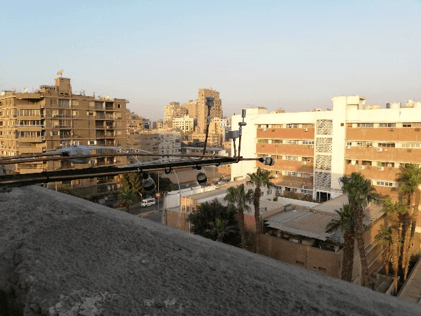