The Total Carbon Column Observing Network (TCCON) is a ground-based global network of Fourier Transform Spectrometers (FTIR-S), recording solar spectra in the near-Infrared spectral region for the retrieval of column-averaged abundances (dry-air mole fractions) of greenhouse gases (GHGs) including CO2, CH4, CO, N2O, HF, H2O, and HDO. There are about 25 operational TCCON sites worldwide (Figure 1) and one of them is located on the rooftop of one of The Cyprus Institute’s (CyI) buildings. The CyI’s TCCON Nicosia site runs in collaboration with the Institute of Environmental Physics of Bremen University since 31/08/2019.

The TCCON provides the essential validation resource for space-based GHGs observing instruments like the Orbiting Carbon Observatory-2 (OCO-2), the OCO-3 on board the International Space Station (ISS), Sciamachy, and GOSAT. 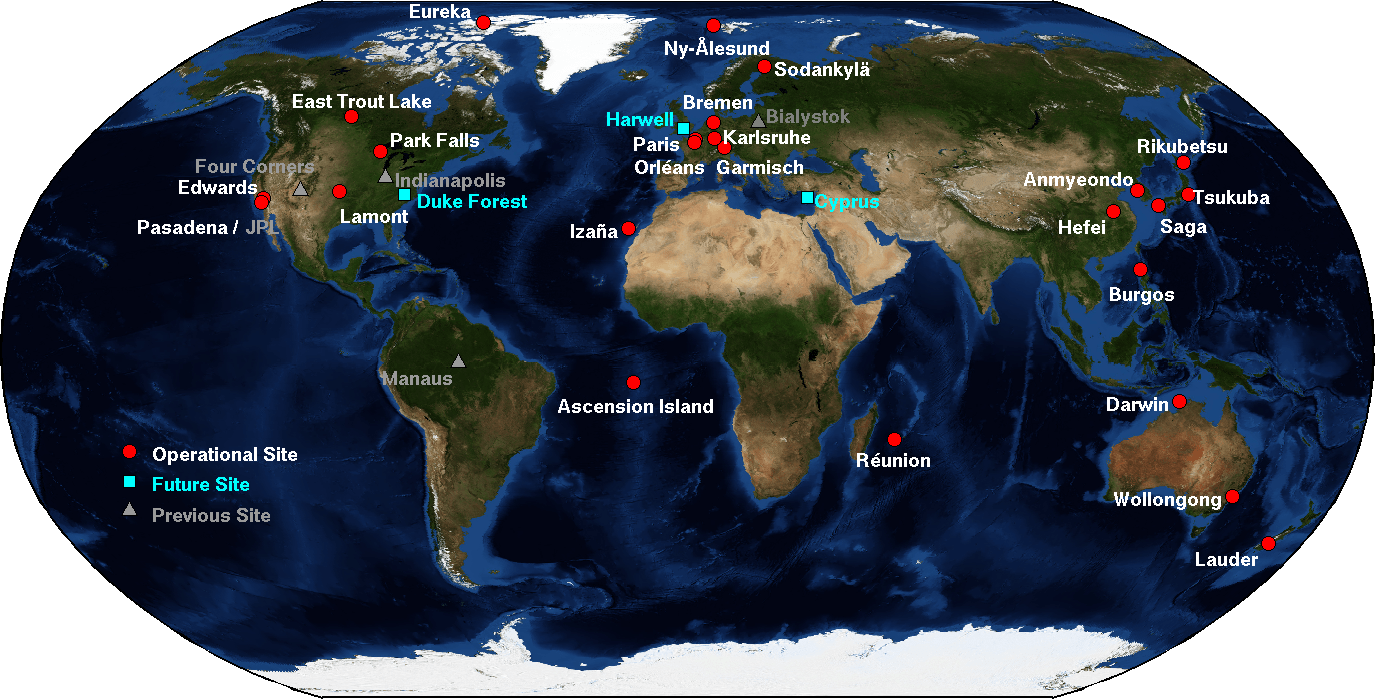 The Purpose and the Mission

We know that CO2 is one of several gases that trap heat near the surface of the Earth. These gases are known as Greenhouse gases (GHGs). Many scientists have concluded that substantial increases in the abundance of CO2 will generate an increase in the Earth’s surface temperature.

OCO-2, launched in July 2014, is NASA’s first dedicated Earth remote sensing satellite to study atmospheric carbon dioxide from space. OCO-2 is an exploratory science mission designed to collect space-based global measurements of atmospheric CO2 with the precision, resolution, and coverage needed to characterize sources and sinks (fluxes) on regional scales (≥1000km). OCO-2 flies at the head of the Afternoon Constellation, a train of satellites equipped with instruments dedicated for Earth observations.

After launch and as part of the ongoing operations, instrument validation is an important bridge between the science and instrument operations. The goal of the OCO-2 Validation effort is to tie the satellite data from OCO-2 to surface based measurements of carbon dioxide made by National Oceanic and Atmospheric Agency (NOAA) and the World Meteorological Organization (WMO).

In order to successfully link the OCO-2 measurement to the surface observations of CO2, the OCO-2 team works in a step-wise fashion comparing observations to get to the WMO standard (Figure 2).

Most of the validation effort is concentrated to comparisons with the ground-based Total Carbon Column Observing Network (TCCON). Having measurements that have been validated and documented is a way of providing confidence to data users that the satellite has been evaluated against independent data sets. For more information, please read here. 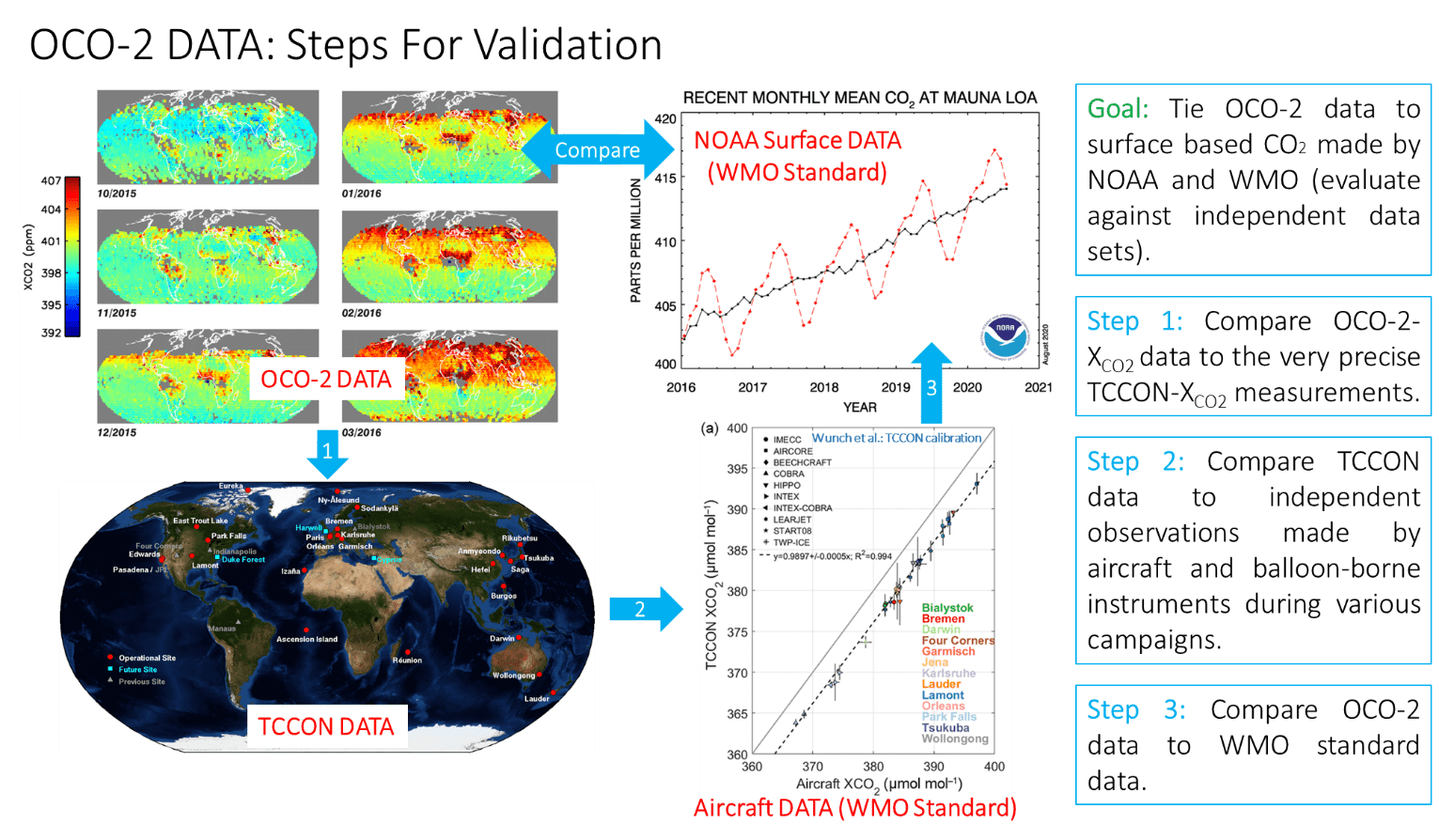