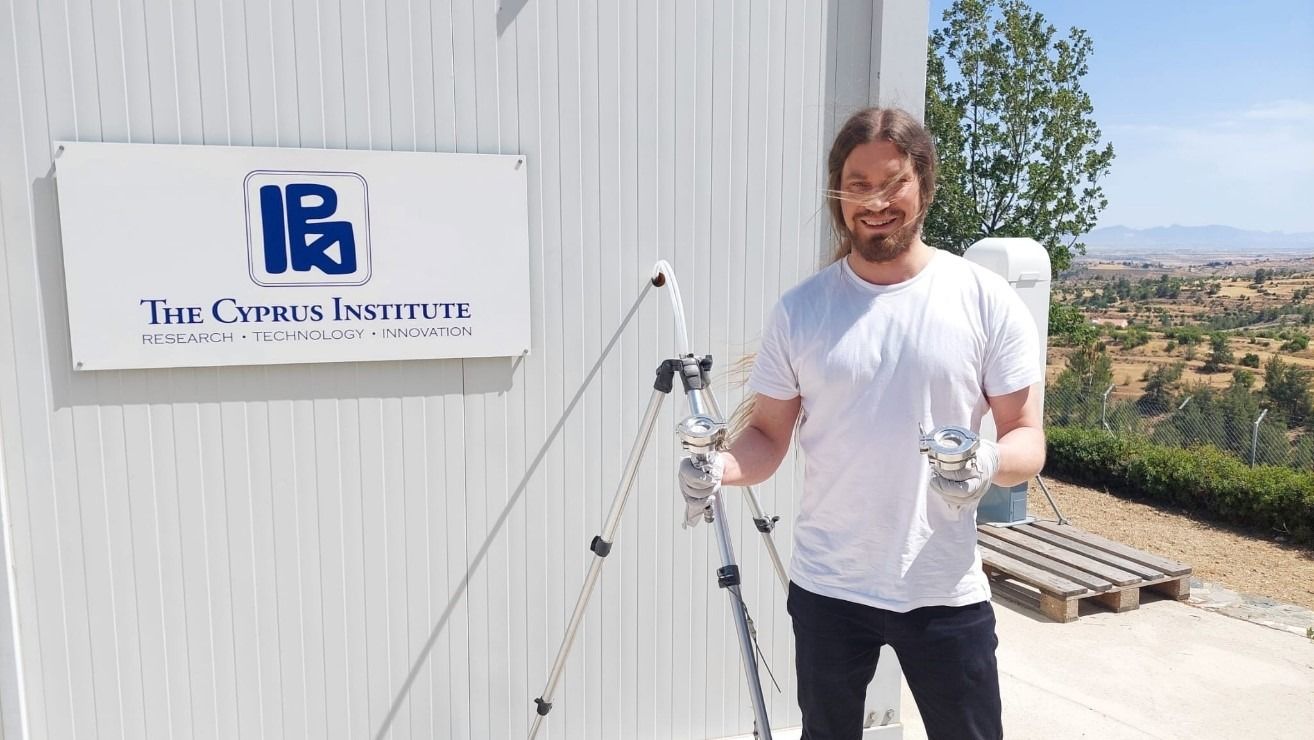 The first research project supported by the ATMO-ACCESS TransNational Access project (https://www.atmo-access.eu/) has been completed at CAO-AMX station. The CAO team hosted Mr. Jyri Mikkilä from Karsa Ltd (http://karsa.fi/) which is a Finnish spin-off company targeting to develop methodologies for homeland security application. Their powerful molecular detection technology has applications beyond homeland security and thus this project was designed to provide new tools for climate research. The detailed describtion of the project is depicted below:

The first filters are already collected during the winter from the SMEAR I station in the Finnish Lapland, where the filters were detected to contain sulfuric acid in minute quantities, but no iodic acid or HOM signals were detected due to lack of solar radiation or iodine and HOM source during the time of measurements. We chose CAO station in Cyprus because it serves as an ideal location to measure aerosol precursors in the close proximity of the Mediterranean Sea as a source of iodine compounds and frequent new particle formation events at the site (Baalbaki et al., ACP, 2020). This project is designed to serve as a proof-of-concept study of the filter sampling that it is suitable for iodic acid and possibly HOM collection on top of sulfuric acid sampling and that it is deployable in different environments (Finnish sub-Arctic and Mediterranean). We also aim to analyse the filters for traces explosive materials that could be found at the site because of the military shooting practise range close to the field site.

Successful execution of this project will help us develop a portable, low cost method to detect aerosol forming compounds and possibly also traces of explosives. This new method has potential to gain larger spatial coverage of aerosol precursor observations from locations that are currently geographically under-presented in atmospheric models due to lack of funds to purchase state-of-the-art mass spectrometers. We also see a possibility to develop the method to utilize it in security research. The results from this study will be published together with the results obtained from the Finnish SMEAR I station after the CAO campaign.

All together we collected 14 samples with time resolution from 3 to 20 hours. The samples are being analysed in Finland as we speak. The CAO team thanks Jyri and Karsa Ltd for this new exciting collaboration and we are expecting for your next visit in the autumn!